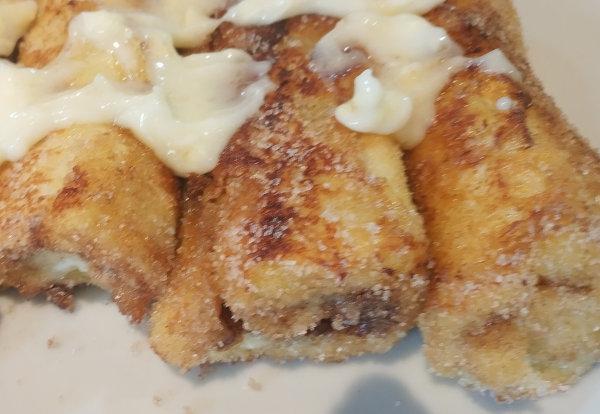 Someone I follow on Twitter tweeted about making these and provided a link to the original recipe. I love cinnamon swirls but hate waiting for pastry to prove, so figured I'd give them a go.

This recipe amends the original in a few small ways

They work really well - I was a little dubious of the inclusion of egg to begin with, but it helps the bread maintain it's shape and the other flavours drown out the egg flavour.

If you want them to look really nice, you'll need to pipe the icing on - or if you're like me, just splat it on with a spoon