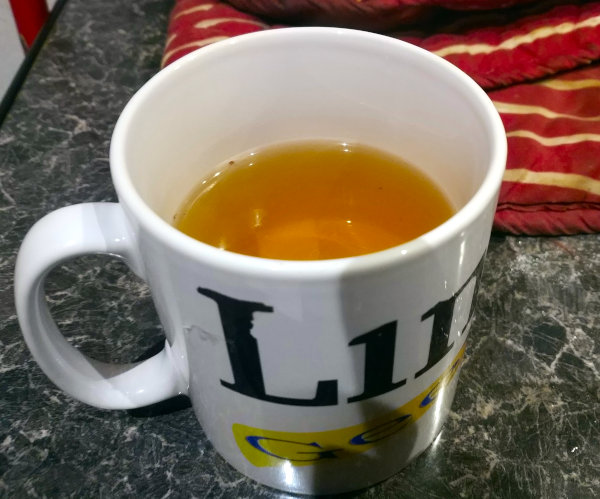 If you've a (clean) pair spare, you may want to put the cloves/orange peel into a tied off ankle tight - it saves trying to fish cloves out of your mug. Otherwise, you end up serving through a sieve