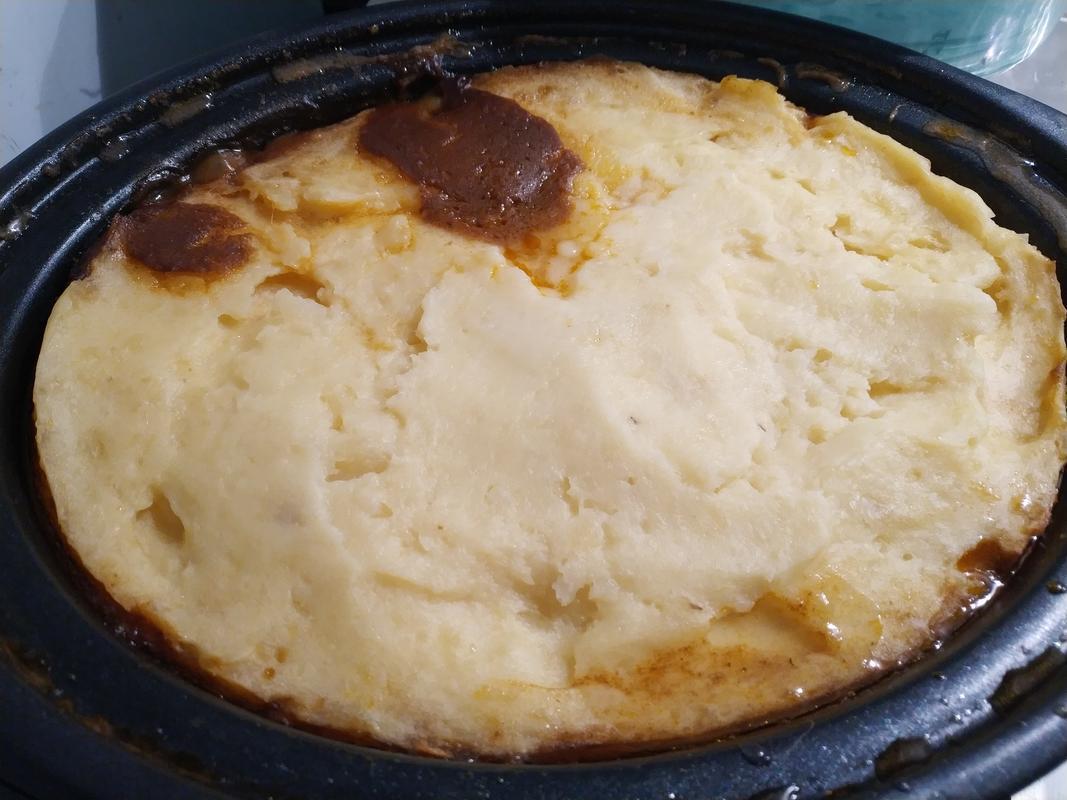 I love Cottage Pie and Shephards pie. But a slow-cooked version of them leads to much, much softer mince and makes the house smell awesome all day

Out of convenience, this recipe uses a couple of Shepherds Pie spice sachets - you can make the mix up using herbs and flour if you'd prefer. One thing to note though, is that you should under-provision the water - unlike cooking in the oven, the sauce won't reduce down in a slow cooker, so it needs to be about the right consistency from the outset.

Unlike when you cook it in the oven, the top of the potato doesn't crisp up (you can put it under the grill for a bit if you'll miss that), but the edge of the potato layer does.

If you're feeling adventurous you can also add mixed beans to this, or outright swap the lamb for Beef and make a Cottage pie instead.